Agoknights were the mid-level of nightmares in Underlight v1.

Agoknights have a roughly humanoid shape, but with a snake-like tail instead of legs, with a bulb on the end. The agoknight's arms end in claws, each with two long spikes. Its head has four tentacles which extend forward, the mouth being located in the center. Its eyes are on the sides of its head.

Like the Emphant it has a row of spikes down its back.

Agoknights are immune to damage from the rear and rear flanks.

Agoknights attack the dreamer with their claws, but are also capable of evoking Blast at level 50. 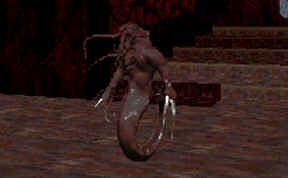 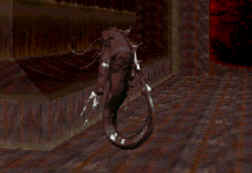