The turf here is lush and springy, suggestive of marshy conditions. A cool breeze carries the scent of exotic flowers and the cries of birds. A crystalline stream forms a path leading to the Alliance of the Eclipse.

Lambent Flats is divided into Lower and Higher subplanes.

Alliance of the Eclipse

During the dreamer wars, Turgin Lambent always sought peace. Eventually, he ended the wars with the enforced "peace" brought by DreamStrike, but he made many attempts before that. One such attempt was the Treaty of Lambent Flats. Turgin Lambent called all the houses to negotiate. Over several days, he convinced them to declare Lambent Flats to be neutral ground (this was presumably pre-Star Knight) and under the guardianship of the Alliance of the Eclipse. No violence was to be brought, by any house, into the Flats. Remember, this was before sanctuaries, so peaceful places to discuss and negotiate could be hard to come by. It may be that the Flats were given Turgin Lambent's name because of his success in brining about this treat.. and it may be that the "Turgin's" rooms where the places where the treaty was forged. Lambent never joined Alliance of the Eclipse, but he did work closely with Kal'Arakos on several secret research projects later in Alliance history.

Through the covered portal there, lies the Chasm of Souls, a place of great mystery, of danger, through there the pretenders were Cast Adrift into the chaos...

But in this tale I speak of an era that existed before that plane did.

In this I begin in a training session, underneath the tutelage of the first teacher of the dream, the master teacher, my grandfather, Turgin Lambent. Here he trained all the teachers in the methods of the way of teaching while tasking, and in keeping of the balance of the dream. In this class were two students of unusual nature.

The first was a bright and attentive young SoulMaster who had promised of being the most talented and brilliant of her focus. She listened to every word and nuance of the Master Teacher's ramblings, trying to learn all she could of how to teach her arts to those within the dream. Her jade hair and deep brown eyes gave her the look of one who lived in a forested shard, surrounded by trees and nature, she was the consumnate healer.

Although only of the second sphere, she proved to be quite an apt pupil, even in the unforgiving opinion of my grandfather... her name was Callandra.

The other student, well, it was said he was a distant relation to Lord Telomir... though I could never confirm this... if this was true, it was likely the only thing he had in his favor. He gazed off into the skies underneath the Lambent flats while the lecture droned on, and liked to use his arts to make other students twitch or stagger around... just to make the master teacher mad at them... and not HIM. More often than not... he succeeded at the former, but failed miserably at the latter.

He was all in all the consumnate prankster, and a skilled third sphere FateSender named Var'Kisa. His blonde hair and merry smile could make just about anyone laugh... well... except for my Grandfather. Var'Kisa, during his tutelage under Turgin Lambent learned much to his chagrin the power of the art known as "Blast" He came several times very near to losing his sphere since he was being collapsed so much. Not by the nightmares which did not exist as of yet, but by Turgin himself for making a mockery of his class... and Turgin thought he would never make a good teacher.

One evening, on the darkened meadows of Evernight, Callandra walked underneath the skies to the Little Bridge and gazed into the heavens and their eternal mysteries. She had finished a tour with a newly awakened and had come to relax... little did she know that she would be struck blind a second later. Callandra grumbled and began to make several choice oaths to render a certain roguish fatesender to shreds when she caught him. When the blindness wore off, something unexpected had occurred.

She stared into a bouquet of flowers, with the merry face of Var'Kisa presenting them. She started and looked surprised, since for all the dream, nobody had ever shown this amount of kindness or this type of affection to her at all. "Sweets for the sweet healer, from a rogue of a prankster... care to walk with the condemned of Lord Lambent?" Var'Kisa grinned merrily at Callandra's face, though in that look was something else, something deeper... of affection for the young mistress of souls.

Callandra caught that look and blushed, not expecting this at all... she knew that she had some sort of affection or liking for Var'Kisa, but never expected this display. She daintily took the presented arm of Var'Kisa and nodded, then said silently, "Very well, I will walk with the hopeless romantic of a FateSender, but will have words on his methods of getting one's attention." So they walked to the top of the Plateau, to the very gates of House Calenture itself.

During that time, they discussed the class, of how Callandra was impressed with the wisdom of Turgin, and how Turgin kept the roguish FateSender in line. Both did have the skills of being excellent teachers, but that was inconsequential at the moment... for on the steps of House Calenture they embraced, and kissed. A lone ruler stepped out into the darkened plane and caught the two on the steps of his sacred home... but then saw them in love's embrace. The ruler, being a bit of a romantic, watched a few moments and smiled at the kiss, then after some time passed... "After you confess your love to one another, I invite you to choose other parts of Evernight for your night together... as opposed to our hallowed steps." The ruler of Calenture watched the blushing couple quickly depart the steps and the plane altogether. He chuckled and went back inside, smiling to himself.

Callandra and Var'Kisa looked to be in a bit of a panic for being on the steps of a house and being caught by a ruler no less of the house. They collapsed to the ground in a sigh of relief after the thought concluded with "Well, he let us live." As they sat, back to back, looking up into the sky... Callandra spoke out "Kisa... why are you being so nice to me?" Kisa with that ever ready smile of his responded "Whatever do you mean, my dear?" Callandra replied "You know... the flowers, the walk, our first kiss on the steps of Calenture. I knew you liked me... but... nobody has even been so nice to me..."

Var'Kisa replied with a raised eyebrow "Now, I'm supposed to be the joker, not you. Certainly some other has been enchanted by your looks..." Callandra cut off Var'Kisa by saying "Everyone sees me as a scholar or healer. I'm not someone who speaks gently or diplomatically... people usually back away from my... Rather pointed and direct remarks. I get to the point of the matter quickly, and I feel that doing otherwise is a waste of time. I'm a SoulMaster, a healer who does not like the suffering of others, nor the foolishness of others that get themselves hurt without knowing any better in the meantime."

Var'Kisa replied "So you teach them how to survive the dangers that still exist in this City of Dreams..." Callandra retorted "Precisely!" Var'Kisa shook his head, and looked deeply into Callandra's deep brown eyes with his baby blues.

"You work too hard... I may not have your scholarly drive or your patience with Master Lambent... but there is more than the technicalities of arts and just 'surviving' in the Dreamstate. What is the use of learning without the ability to have fun? That's what I teach. People need to relax, and not be so serious all the time." Callandra retorted with a hint of sarcasm "Oh certainly, great teacher... you who can't keep awake during Master Lambent's lectures and don't even listen to his lessons..."

Var'Kisa interrupted by saying "Ah really, his last session was of the blade arts, how each of them are made, how to teach them to students, train them how to use it, blah, blah, blah." Callandra looked rather startled as Var'Kisa continued to recite the lesson by memory, save a few smart remarks, with absolute precision and perfection. Callandra cried out "How did you do that? You were asleep during today's lesson..."

Var'Kisa "Asleep? No, no, I only pretend to do that for my own entertainment. Really, should Lord Lambent really trust that I was REALLY snoozing during his lectures? I am a FateSender after all... I just make it look like I'm asleep to everyone else... nothing special."

Var'Kisa chuckled... then sighed and took a more serious tone. "Callandra, in all due respect, how did you expect I achieved the awakening... by being a dullard or by accident? I was trained similar to how you were trained. Also, I learned how to change the fates of certain souls... or the appearance of it... that's why I'm a FateSender." She looked with shock at Var'Kisa. Callandra began to say something then fall silent... she tried again, and again she fell silent.

Tears misted on the eyes of the practical Soulmaster and the jovial but strangely wise Fatesender drew her close as she wept on his shoulder. A voice spoke from the distance... and it approached them... "Var'Kisa, Callandra, step forward, my students..." They both turned around and saw Lord Turgin Lambent... with the smiling entourage of their fellow apprentices. Then they looked around and found themselves in the Sanctuary of Lambent Flats.

"I have watched and listened to you both. I have heard the wisdom you both share for each other... and that you both have much for the other to learn. I have also seen you have much to teach us... even me... and thus you are both worthy of the Halo." Turgin then pronounced the Teacher's Oath to both students, and then ordained them. Since in this they both also completed a task, both were ascended to the next sphere.

To Callandra in leaving he spoke "Go into the dream my child and teach of your wisdom." To Var'Kisa in leaving, with a wry grin on his face, he spoke "Never darken this Sanctuary with your presence again... ever." He followed with a wink and ushered them both out.

Sect of the Prudent 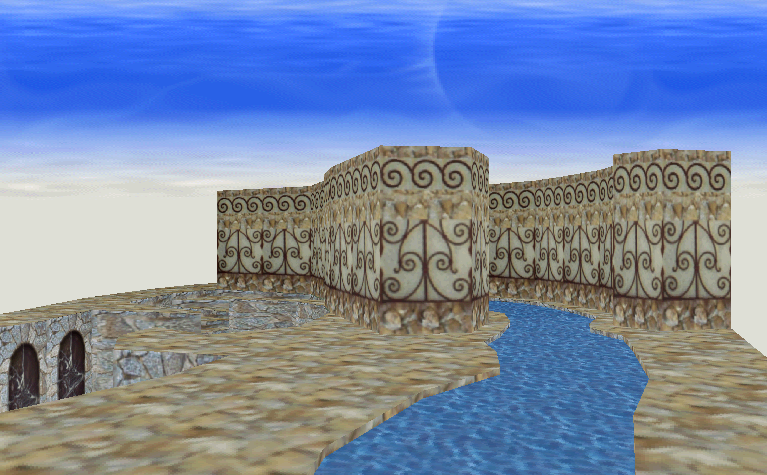