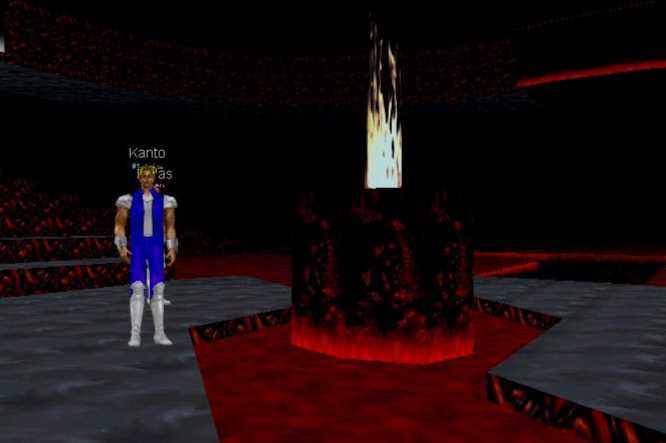 Originally from another variant City altogether, Kanto first appeared in Idoaclesia nearly a decade ago. He has held many roles throughout the years. Rising quickly from Elder Teacher to Grand Master Teacher, Kanto oversaw all Teachers and the teaching system itself.

His tenure was cut short when he was dreamstruck by Dynroth. Kanto was eventually resurrected, if he was indeed ever truly dead, and resumed his position. After Idoaclesia was closed, he, Kal’lankissa and a few other Elders worked to repair the Gates of the City, allowing both Idoaclesian and Lyran dreamers to dream once more.

He oversaw the establishment of the teaching system in the new City, granted Master status to Dreamers, and re founded the Forger and WordSmith societies. He left for a time and passed the role onto Akkadian.

Upon his return, Kanto had left classical Teaching behind in order to pursue PlaneSmithing. He has since built the focal Shrines, the Primordial Breach, the Chapel of Eternity, the warhalls, and secured the Lower Palisade from the Void.

His personality is bubbly and optimistic, more likely to giggle than to scold. While always supportive of dreamers’ goals, Kanto has recently taken a much more active part in the direction of the City and its fate.