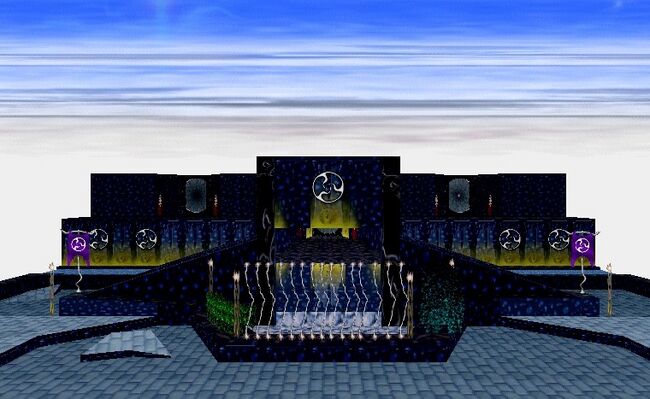 Trappers Guild did reside on the Upper Umbric Plains in the former Keepers of the Eternal Shadow stronghold.

The Trappers Guild is a guild for those who enjoy spending time gathering strength, from the Trap Nightmare art, Sacrifice art, or just general hunting of the mares throughout the city. Enthusiasts of all foci are encouraged to join in.

The Trappers Guild will use gathered strength for guild projects that will be made public knowledge to the city. Public support for these projects will always be welcome and the guild will also be looking into collaborations with the focal guilds.

The Trappers Guild is an independent entity that exists outside of the political spectrum of the city. Members will not allow (current/past/ect) city or personal political beliefs to interfere with the daily running of the guild.

Members must request power tokens for forging or projects and they will be limited based on recorded member strength contributions to the guild.

The Trappers Guild is just that, a guild. The guild hall is not a place for personal storage of items, quests, or any belongings. While gathering strength for the guild, a member may leave personal effects in a designated area. A member will pick up their stored items upon completion of gathering strength. Any items left by a member of the trapper guild in the guild hall and not retrieved within sufficient time, will be disposed of.

Members of the guild that wish to gather strength from Kotoken and Datoken sources may do so at their personal discretion, however not required by the guild. Any advanced training taught by members and tactical squad inclusion is entirely voluntary and not integral to guild membership.

Any member found to be in breach any guild voted and agreed upon code of conduct, rule, regulation, requirement, ect, will be ejected from the guild permanently. All guild expulsions will be investigated and voted on by a guild membered committee whose members have no political affiliation.

In the end, the guild is a place to enjoy the company of other citizens that share a common hobby and in so, using that hobby to create a better city for themselves, and others. If interested in joining, seek out any member or Doc Dwight for further information.

This charter is subject to amendment to resolve any unforeseen complications or circumstances by means of a general vote of the guild.

The Trappers Guild encourages all dreamers Unsphered through 3rd to bring their filled wells to be exchanged for personal energy/strength. The strength will come from the guild member themselves through the use of the art Bequeath.

The ratio of energy/personal strength to essence strength is as follows:

The dreamer providing the well agrees upon delivery of said well to have the art of Judgment evoked on them by the guild member at their discretion.

If a guild member denies the granting of personal energy for reasons outside of youngling's sphere, please seek out Uthanatos or Aileron for granting of energy.

The Trapper Guild hopes with this program to encourage the young to understand the significance of essence strength and how it can both benefit themselves, and the city itself.