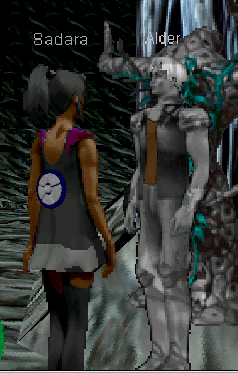 Recently there have been some developments with Alder (The man tree that resides in Harrow Glades, Valley of Totality Entrance), and I would like to make sure that the city is aware of these events.

On March.28/2017, Alder was located on his own in Harrow Glades by Arlyana Jax, Frey, Zenobia, and Arnaya. The four immediately went to investigate. Alder was warm in his greetings, but expressed that he was unable to remember much even of the blood and memories that were given to him on a previous occasion. Frey contributed some fresh blood, and Alder seemed strengthened by it, standing straighter. He again mentioned about "Blood is Memory" and lamented the loss of his own. On a previous evening, Arnaya had conducted a brief effort to locate any resonances to Alder's essence and received a brief sense of something in the area of Cairn, Upper Illapse, or Gloom Peaks.

So, the group set off to start their search in the closest area.... Cairn of Sorrow. Arlyana Jax focused the groups search to start in the area of Analinde's Prison. In the Dark Temple, several leaves were blown and the sound of falling wood was heard. So the group focused their attention there, finding an amulet of protection that Arnaya had given to Alder some time previously. Both mystical and physical search techniques were used, including digging into the walls a bit. No results were noted initially, except for some dark ooze dripping in congealed form out of the wall.

Frey taste sampled a tiny bit of the ooze, and that tiny sample had the functional equivalent of near a 90 plat poison. Reducing his avatar to less than half its dreamsoul before Arnaya could get provide an Antidote. The mystic efforts resulted in the walls darkening and tendrils rising from them, concentrating on the roof above Frey. The group acted quickly and were able to disperse the tentacles before they could attack. The group resumed digging at the wall, using both blades and energy based attacks, Arlyana Jax spearheading the work. Movement could be heard inside the wall, before finally, a burst of dark energy flung Arlyana Jax back. A small codex falling from the wall at the same time. The codex read: "The secrets of Sorrow are not yours to take". With that, the group decided to leave efforts for the evening. Arnaya returned Alder's Protective Amulet to him, hanging it around his neck.

On Apr.03/2017, Elmer and LadySilver were found speaking to Alder, who seemed to be recounting what he could recall of how he came to be where he was. That story is recounted elsewhere in the Archives, so I won't go over it again here. Arlyana Jax brought down one of the samples of Dark Ooze to see if Alder recognized it or could get anything from it, but as soon as he touched it, it started absorbing into him. Alder started screaming in pain, and yelling about Memories of Sorrow. Arnaya had prepared in case there was a problem with it and immediately began directing purifying energy towards Alder, though much of it was reflected. Arlyana attempted to bolster Alder with Dreamsoul, while LadySilver poured pure water on Alders roots.

The winds that protect Alder rose, lashing the assembled group with a Razorwind effort of branches and sharp leaves. The remaining members of the group (Kailee, Frey, and Elmer) joined in to assist Alder as his hand began to blacken. Eventually succeeding in halting the spread of the blackness at his wrists as Alder lapsed into quiescence again. After a few moments, the Protective Amulet that Arnaya had given him previously fell from his torso, blackened and twisted from its original form and function to as follows:

A small, delicately carved wooden amulet with a blackened gem at its heart. The smooth, grainy surface is covered with sigils and pictographcs, appearing burned on. It is cold, and smells of ashes. It had 10 charges, and a curse effect of 8 hours duration, where it had been warm, with a vibrant gem at its heart and a protective (5 to 10 minute) effect bound into its heart.

My father. Alder. Someone that I have looked up to since I began Dreaming. Even though he is a tree, there is so much that I learned from his presence. From meditating with him, to speaking with him when he awoke. The mystery of his existence is something that I am ever so eager to find out, for not only myself, for his own well being.

Yet from his example of pure meditation, it has lead me to take a broader look at what I have learned from him. And hopefully I can share with many others the ever expanding knowledge of Alder. -{S}

On 8/31... Alder my tree father... he awakened. I never thought i'd see the day when that would be. Though the project was a bust for The Conclave portal opening, we learned a lot in the process. From the beginning we started the process of opening the portal, yet in still it did not open. Instead we were greeted to sinewy figures of... ourselves. Theses muscular people were expressionless, the counterpart to myself whispered, "Who are you?" in a reply to my own question of 'who are you?' Aileron, Nmoto, Mandus, Gorgunsun, and Aphrael were present. However only Aileron, Mandus, Gorgunsun, and I's figures came forward to the portal. Due to some... well some... things... the portal shattered.'

In the process of us trying to piece together what we were seeing, the figures scattered away from the portal as if afraid. Moments later within The Conclave Zirobolus came barging in an onslaught of attacks against us. I felt so... bad that all my friends were getting collapsed due to a project of my own. Yet with power and agility, Aileron collapsed Ziro. We retreated up to the Harrow to just catch our breath and to make sure Ziro didn't get the upper-hand in case he came back to ward trap us once more. There in the Harrow in front of Alder, his branches began swaying back and forth in hypnotic ways... leaves began falling as well around us, with the same hypnotic glance on them. Alder whispered to me, "Bloooooooooddd." I refused, trying to get him to understand that I was not going to start a habit of giving him my blood, rather I told him that I would figure something out. He stopped swaying abruptly, making everything quiet once more. In that silence we decided to retreat to Albino. Within Albino however several leaves from Harrow as well as whispers, began to follow us, leaves appearing and disappearing constantly. Within this time Nmoto joined back with us as well as Yae, and Jade.

With leaves appearing once more after several minutes, I decided to go back and speak with Alder to sort this out. We went back into Harrow and I began to attempt to speak to Alder, meditating to connect to him. He said once more to me, "Bloooooodddd isssss mmmmemmmorrriesss." I told him that I knew that, however I was not going to give him my own. I tried to ask where his blood was with no response. He instead began to persist, with Razorwind around room for several seconds.

With people within the room, getting torn to shreds, blood everywhere... I decided to give him my blood, smearing my blood from my open wounds on his chest.

In him awakening, he... spoke to me... something that... I dreamed of... yet when he had to leave he screamed something that still is ringing in my head, "What am I..?"

My new goal, my new project... is now focused on Alder. Finding a synthetic form of blood to give him, or finding his own blood. -{S} 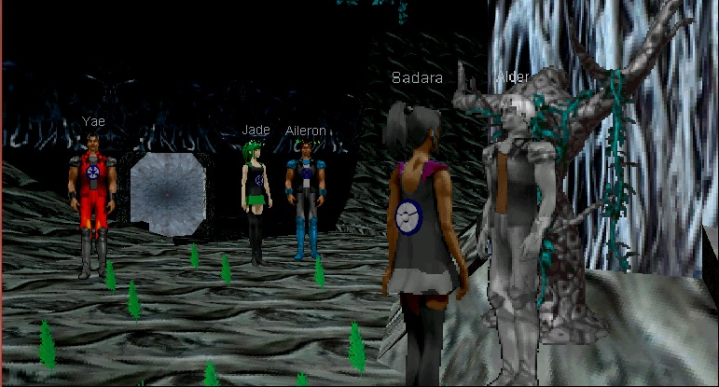 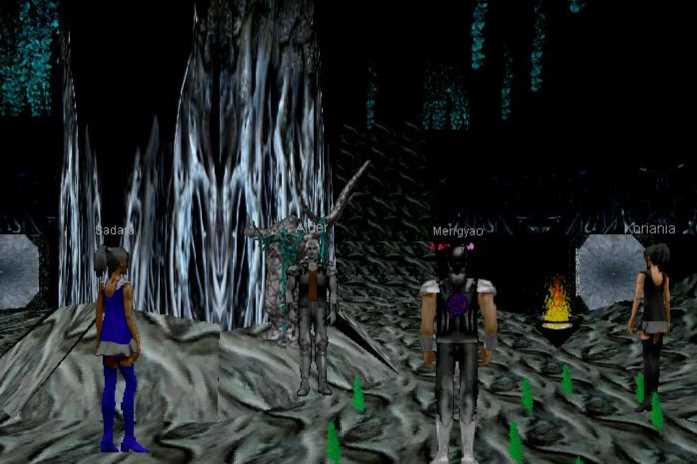 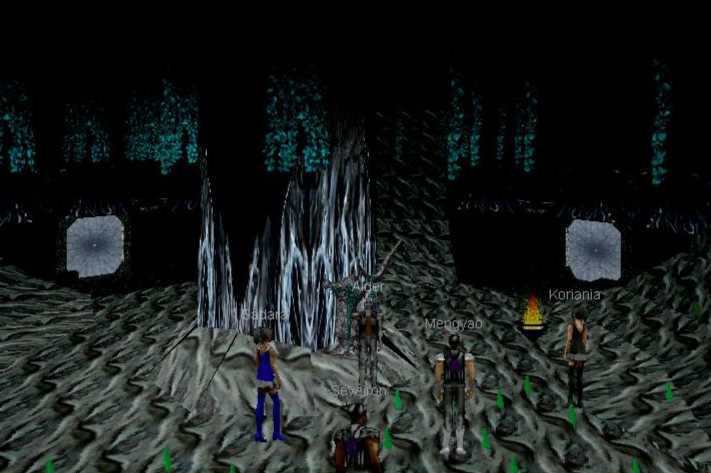