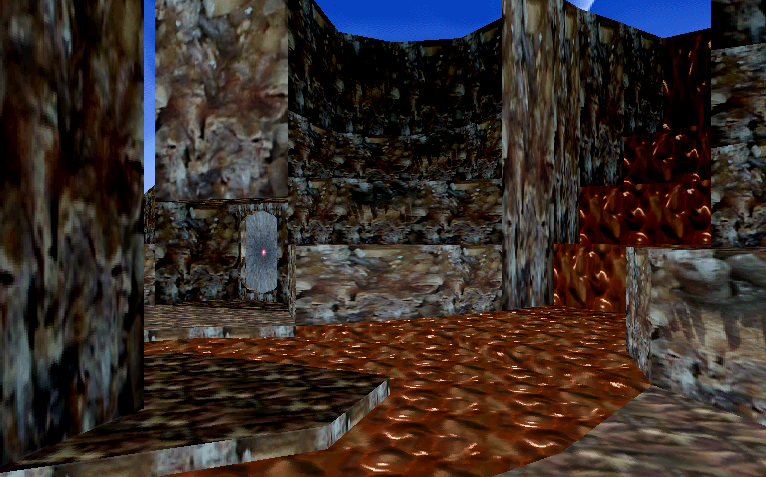 A roughly carved track winds its way along cliffs and mountainsides that glisten with inlaid gemstones of every possible color. This beauty is marred only by the presence of a vile, bubbling river, waters reminiscent of blood, that seems to ooze from the very rock.

This plane is inaccessible to unsphered dreamers.

Gloom Peaks has one of, if not the darkest, most evil pasts in the dream itself. It is filled with dark rituals, cruel ceremonies, and evil intent. Gloom Peaks itself was once a thriving place… filled with beauty, and able to see nearly anywhere in the dream from its tops. The glittering heights, the sapphire steppes and the ruby cliffs were at one time (and still are, according to some) richly endowed with jewels, and valuable items. However… Gloom Peaks is not all like that.

Gloom Peaks is situated on a cliff near Mt. Illapse, and ends up in the Lower Basin of Stars. When Gloom Peaks was first molded into the cliffs, it was a prosperous, and beautiful plane. Ones would walk from the basin to the peaks often, or as a shortcut to the top of Mt. Illapse. However, it was soon to change.

S’ial Uther was a king of a realm in Cloudsbreak, and one of the first of many to follow to make this plane part of what it is today. He was a greedy king, and planned to exploit the dream so that he could become even more wealthy than he already was. He knew about the immense wealth to be had in the ruby cliffs, as well as the sapphire steppes, and the opal cliffs. He also noticed that you could not go directly from the ruby cliffs to the(what is now called) Blood Falls. So he decided to create a bridge to join the two rooms, and allow for easier access. This was the first of many events to make Blood falls the dark place it is. Uther wanted to be able to exploit this for his own purposes, and wealth. The bridge was built, but soon was used for devious characters such as Jelial Larrod. Larrod was an evil sorcerer who practiced dark arts, and performed dark rituals in Wounded Falls.

Larrod created an alter high above the ground in wounded falls, where often there would be sacrifices to complete his dark rituals. Uther also brought in from his plane in Cloudsbreak, Kri’cktoc Hershal. He too, was an evil necromancer, who performed many of the blood arts, and blood sorcery. He wished to perform his rituals to create a pathway from his realm directly to the (what is now called) Blood Baths. Hershal made an alter of his own in the Blood Baths, and started immediately on his ceremony to open the path from Cloudsbreak to Gloom.

The Dreamsmiths new about this plan of Uthers, and knew they must stop it. They went into the cliff face, and as they came into (what is now called) Blood falls, they were horrified at what they saw. Where once there had been a pure waterfall, now trickled from the top blood. The looked at it in disgust, and made their way up the blood falls. They reached the blood hall, and looked in horror and shock as they saw the walls covered in blood, and blood overflowing from the tops of the rooms. As they made their way to the bleeding hall, they saw the blood coming from the (what is now called) Blood Baths.

Once in, they saw Hershal practicing his dark rituals with use of his blood arts… they saw the alter he had built covered in blood, and the river of blood they saw flowing out the portal. They stopped him immediately, but it was too late, so it seemed. Hershal seemed done with his ritual, and looked at the dreamsmiths mockingly. The rift had begun to open… and there would soon be a crack in the Dreamstate leading to a realm of Cloudsbreak. The dreamsmiths saw this, and ran to stop it, with only one, Horgarth, stopping to deal with Hershal. He fought valiantly, but in the end, was collapsed himself.

As he was fading from the Dreamscape, he uttered a single phrase (which we are not sure of, now), and Hershal was thrown from the Dreamscape with Horgarth… banished forever. The remaining Dreamsmiths, however, struggled to keep the crack in the wall from opening further. They tried everything… and were finally able to create another wall around the crack… sealing it… but for how long? They then walked further, back to the bleeding hall, and went into the room that is now called “Hershal’s fallen way” They were horrified at this once beautiful stream now all blood. They waded into it, and made their way to the Dorsal Rift.. to make sure none (more?) of the taint had reached the rift.

After making sure nothing else had changed, they made their way back, to find Uther. Uther was trying to take the riches found on the cliffs back to his plane in Cloudsbreak, but was caught off guard when the dreamsmiths came rushing in to battle him. Uther fought with all his might, but was soon banished from the Dreamscape by the Dreamsmiths.

Having dealt with Uther, they made their way to ruby cliffs, all the way to glittering heights… having been satisfied that none of the cliffs had been tainted by this evil, they followed the path back to (what is now called) Uthers Crossing. Upon admiring the work of Uther’s bridge, one of them saw a portal that had not previously been there. They looked at it closer, and was convinced something had been tampered with. They then crossed over the portal, and were greeted by the sight of the Fallen steps… they were horrified at the sight. The very walls themselves seemed to bleed, and the amount of blood running down the stairs was incredible. Surely, this new force was just as powerful as they had dealt with earlier.

They walked to the blood canyon, and each took a different rout to the wounded falls. Two of the Dreamsmiths ended up on top of the falls, but one landed in the pool of blood underneath a raised alter. There, they saw Larrod performing another dark ritual, perfecting his dark arts. This powerful Fatesender looked at the three Dreamsmiths, and simply laughed. With a flash, there was darkness brought upon the room, and the three Dreamsmiths stumbled down, groping to grasp a wall. Two of them heard the third scream with pain, as Larrod threw him down, and begun another powerful ceremony.

This one to draw the power of this dreamsmith into his own avatar. The Dreamsmith let out an unearthly scream, and then nothing. The other two had finally gotten their vision back, just in time to see the art of Vampiric Draw take the avatar of their fellow dreamsmith out of the Dreamscape forever. Larrod laughed maniacally, and looked at the dreamers. At once, both of them pounced on Larrod, and a large battle ensued. Larrod was finally beaten, and banished from the chaos, but not before taking the life of another dreamsmith, and leaving the last one mortally wounded.

We will never know the names of the remaining 3 Dreamsmiths that did so much for the dream… but we know that Horgarth had a room in the gloom peaks named after him in his honor. It represents the courage, soul, and heart that he displayed in order to defeat Hershal. Though we do not know who defeated Larrod, we are forever grateful to these brave souls. Who knows… one of these days, they may come back from the chaos, and tell us how it all happened. And maybe… just maybe… Uther will come back with his troops, and try to take over this plane again. If so… we should all be ready to face this evil.

Until then, know that Gloom is safe from these types, but next time you go to gloom, be sure to see where Horgarth gave his life in order that we might have ours. 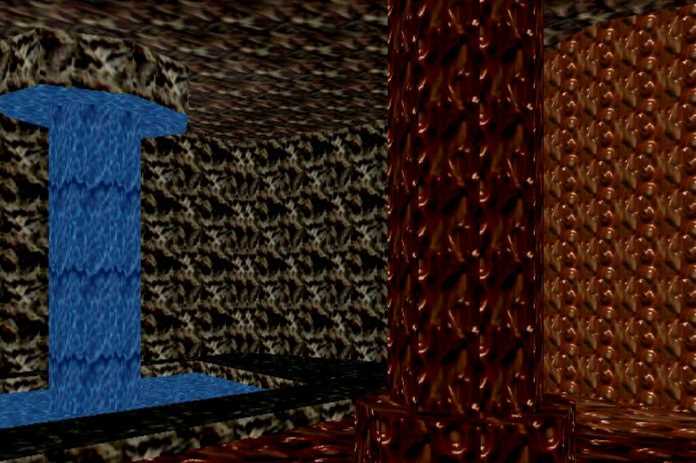 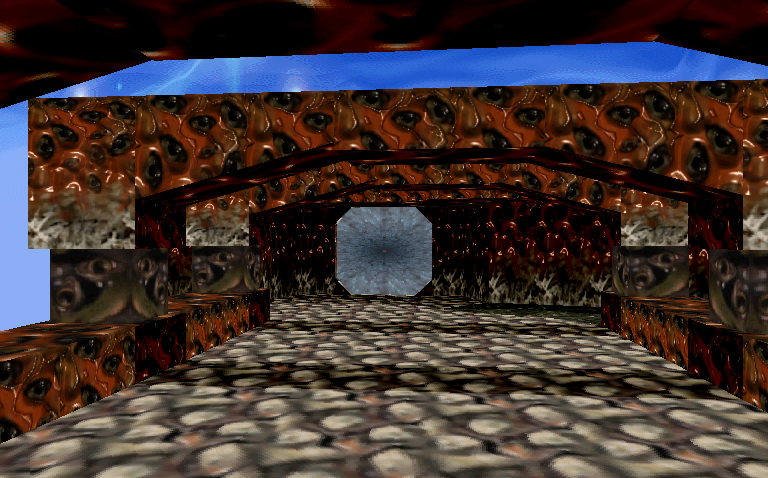 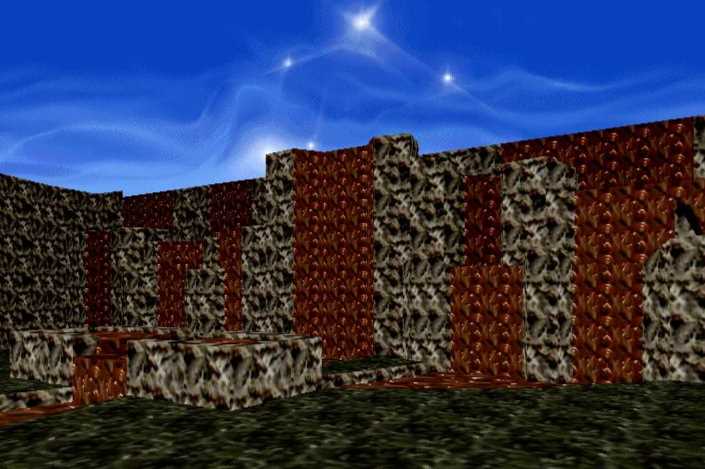