As the rebuilding of the City progressed, some began exhibiting mysterious bites, and dreamers became aware of a new threat to the City: Tehthu. Tehthu became a scourge to the Dream City, sparking great discord, causing a plague of mysterious maladies, and taking Ariana captive. When he first appeared, Tehthu was a demon, entering the dream in the guise of a man. It was only sometime after his discovery that the demon assumed his true Darkmare form. 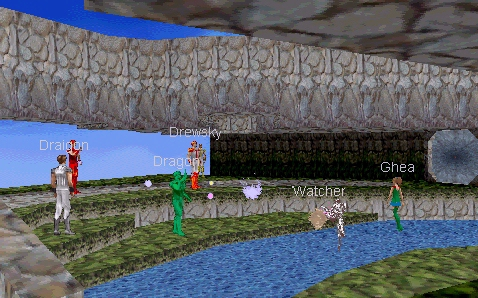 In an effort to help save Ariana, and remove the demon from the dream, Kelrith reached into the chaos for an artifact, but to his horror, he discovered that he had introduced a new evil unto the Dream. Kelrith immediately called for a search for the item, which he named "The Corrupter of Souls." He vowed to eliminate the artifact from the dream, claiming that it had the power to transform dreamers into Nightmares.

Many fell to Tehthu's miserable curse, and a new form of chaos was unleashed in the Dream City. Tehthu was a dream-wide problem, forcing the cooperation of House Calenture and Dreamers of Light. The Elder, Aprilic took possession of Ariana's weakened form and communicated puzzles and hints to the dream to aid in her rescue. From deciphering these riddles left behind in Tehthu's wake, it was learned that three guardians of Dreamers of Light, and three guardians of House Calenture were required for a ceremony to remove the Darkmare from the dream. On the day of the summoning, these six combined with Aprilic, and employed the Corrupter to call forth Tehthu. After a great battle, Ghea scored the last stroke which collapsed Tehthu and freed his essence. 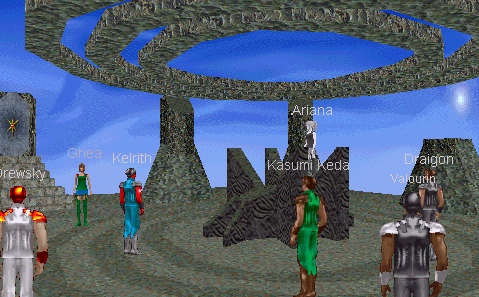 Aprilic volunteered to sacrifice himself to prevent Tehthu from escaping his prison. The Corrupter was to be bound together with the essences of Aprilic and Tehthu using the Dreaming Stone, and then banished to the rifts by the Orb of Calenture. When the ceremony was completed, Ariana's soul was freed from Tehthu's clutches, and the whole Dream rejoiced. 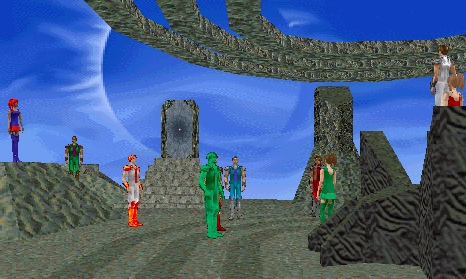 Much later, it was later discovered that Kelrith did not imprison the genuine essence of Tehthu, and because of this, Tehthu's evil presence remained in the dream, while Aprilic's soul was cruelly banished with the corrupter. This act of deception convinced many that Kelrith had been driven to insanity by his work with the Corrupter. 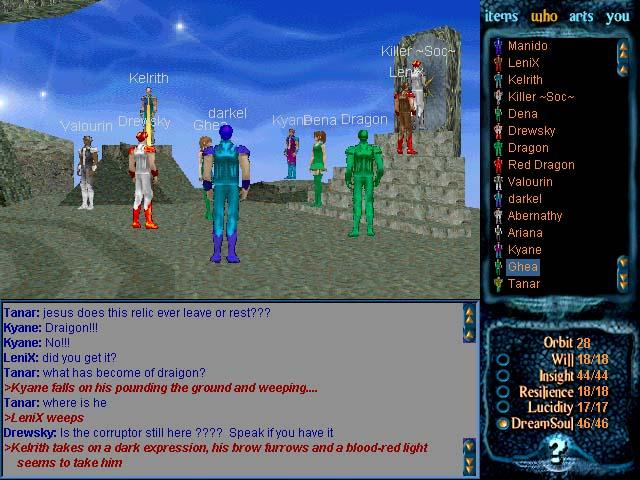 Draigon, a Guardian of the House Calenture, also fell victim to Tehthu's curse. Upon his defeat, Tehthu had dropped an artifact, named "Tehthu's Box," which Draigon had taken into hand. The curse piloted Draigon into deepest insanity, causing him to turn against his house; eventually spreading to others, including Lenix. A ritual helped restore Lenix to his right mind, and Lenix then helped Kelrith and others find a cure for Draigon.