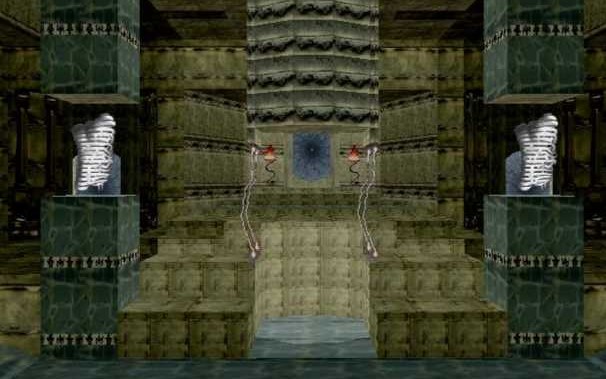 Originally composed by Taryag and Lyra-Chimp
New additions are encouraged

Agoknight - A strong mare to be feared. 1,000XP when collapsed.

Alteror - A talisman that is used to bind an effect to a dreamer temporarily.

AoE - Alliance of the Eclipse

Apprentice - To study under someone in order to attain something, i.e. acceptance into a house, to become a teacher.

Art - A learned ability that allows your character to effect other characters and objects in the game.

Ascension - 1.) The gaining of a new sphere. 2.) Being raised from knight to ruler

Avatar - A body-like shell that protects your soulsphere

Awaken – The term used to express that you will exit the game.

Banishing - One of the many things that can be done with essences. A core belief of some of the houses.

Bequeath - Rewards a dreamer with experience. Cost is double experience from the dreamer evoking the art.

Blade - 1.) An edged melee weapon created with one of Gatesmasher, Fateslayer, Soulreaper, Dreamblade [arts]. 2.) To fight with a blade 3.) To duel with blades. 4.) To hunt nightmares with a blade.

Boundary Mists – Un-passable mists dividing the shards of Cloudsbreak, dividing dreamers from each other in their waking worlds.

Chak - (slang) Chakram; the preferred weapon for most dreamers - a missile like object intended to harm others.

Chaos – Un-ordered material. May refer to the world outside of the city of Underlight, the boundary mists surround shards, or the unpredictable nature of some dreamers or creatures such as Mares.

Chaos Library – Information available outside the game (OOC) such as guides, stories, and logs. Information attained from the Chaos Library is considered strictly OOC and not accepted as valid information in-game (see Crossover).

Cleansing - One of the many things that can be done with essences. A core belief of some houses.

Cloudsbreak – Your character’s waking world. (Not the same as real life.)

Codex - A virtual scroll containing a certain amount of characters which could have an infinite or limited number of charges. Writing a codex requires the art of Inscribe.

Coherence - Coherence is measured in DreamSoul. This is what keeps your avatar formed.

Collapse - Loss of all hit points, also known as dreamsoul, which changes your avatar into a soulsphere and costs you 1% of your total experience points. Not a form of permadeath.

Common tongue / Dreamer – The English language. Since England or any other country in the real world does not exist in Underlight, this term is preferred.

Crest - What a dreamer wears on his/her chest, signifying the house he/she is in.

Crossover, IC/OOC - Talking about real world events or topics in the game; your character using information you gleaned from the Chaos Library; your character B knowing what only your character A heard about; or any other instance in which your character knows things they would not physically be able to know. The most common type of IC-OOC crossover is player A attacking player B for what player B's character did inside the game. Crossover is illegal and infractions are eligible for GM discipline.

Darkmare - AKA “Kotoke,” more intelligent than nightmares, and much more fierce.

Drain - The act of removing the strength from an essence and transferring it to yourself. Accomplished through the art of Drain Essence.

Dream - Another name for the City of Dreams or Underlight. “The dream.”

Dreamer - A citizen of the City of Dreams.

DreamStrike - An art that permanently kills the dreamer it is evoked on.

DreamSeer - 1.) The focus which uses Insight as its source of elemental energy. Teachers of this focus have night-colored halos. 2.) The principal art for dreamers whose focus is Insight.

DreamWright - A dreamer able to create/alter the city at will.

Elders - Those who survived the Great Loss. Often a person of considerable power. – Game master (GM).

Elemen - A talisman that is used to restore elemental force; different colors determine what is restored.

Emphant - The weakest of the mares, worth 50XP when collapsed.

Enlightened - The belief that the dream is but one of many planes of existence. A core belief of some of the houses.

Essence - The compound of which all things in the city of Underlight is made, including your avatar. When an avatar of any sort is collapsed they leave behind an "essence" head. These heads have very little function in game though they are sometimes used by players in unique roleplay situations.

Evoke - How we cast arts.

Experience – Points gained through many avenues including hunting mares, collapsing another dreamer, roleplaying, and performing tasks for your house.

FA - Free Action; combats the arts of Paralyze and Stagger.

FateSender - 1.) The focus which uses Lucidity as its source of elemental energy. Teachers of this focus have ruby colored halos. 2.) The principal art for dreamers whose focus is Lucidity.

Flame - An art used by dreamers to create a missile-like object (similar to a chakram) that causes damage to other dreamers/mares. The name is different for each focus: GK - FlameShaft, SM - FlameSear, DS - TranceFlame, FS - FlameRuin.

Float - When a dreamer is collapsed, they are said to be floating. When you “float someone,” you collapse them. Usage: “Don’t make me float you, boy.”

Focus – A path chosen by each player for their character. The paths determine which arts you can learn, not your creativity or how you may contribute to the dream. The four foci are Willpower, Resilience, Lucidity, or Insight. You cannot change your focus once your character has been created.

Forge - The act of creating a talisman; only very powerful, worthy dreamers have this ability.

FreeSoul - The belief that the dream has no effect on the waking world. A core belief of some of the houses.

Free Spirit - A dreamer who is not a member of any house.

GateKeeper - 1.) The focus which uses Willpower as its source of elemental energy. Teachers of this focus have gold colored halos. 2.) The principal art for dreamers whose focus is Willpower.

Gem - A talisman that looks like a Charm. There has been three different types found thus far. They range in color, Gold, Blue and Green.

GoE - Gathering of the Entranced.

Great Awakening - The day that scores of new dreamers entered the city. Also known as Game Launch on Oct. 12, 2007.

Great Loss - When the city was destroyed, killing nearly all it’s inhabitants. See Loss, the Great.

Guardian - AKA “Knight” - denoted by a night-blood crest. A high-ranking member of a house.

Guild - A group of dreamers who are of the same focus. Each focus has their own guild hall which only they can access, and even then, only select members of the focus have the ability.

Halo - A rotating ring of color around a dreamer's head which signifies that they are a teacher. A halo's color corresponds to the focus of the teacher. Gold: Gatekeeper. Emerald: Soulmaster. Ruby: Fatesender. Sapphire: Dreamseer. An apprentice for the rank of teacher is denoted by a white halo

Horron - Currently the strongest of the nightmares. 5,000XP when collapsed.

House - A group of dreamers with the same beliefs who’ve sworn their loyalties to one of the 8 houses in Underlight.

Illumination - The belief that the dream has an effect on the waking world. A core belief of some of the houses.

Imprisoning - One of the many things that can be done with essences. A core belief of some of the houses.

Insight - The elemental energy that is the major source of power for DreamSeer arts.

Item "genning" - Gathering items by spending time near a generator.

JP - The art of Join Party, which allows you to be connected to the person you evoke it on.

KoES - Keepers of the Eternal Shadow

Loss, the Great - The day in which all the dreamers of the City of Underlight were killed when an onslaught of Chaos hit the city. We are still trying to rebuild from the loss.

Lucidity - The elemental energy that is the major source of power for FateSender arts.

Major (art) - An art that can only be learned by members of the focus.

Mares - Also known as "Nightmares," they are NPCs that you can fight for the reward of experience points and items. Known as Emphants, Bogroms, Agoknights, Shamblixes, and Horrons, they are increasingly powerful (and, thus, more rewarding) in that order.

Maren - The language that the mares speak.

Minor (art) - An art that can be learned by all foci, but at a higher orbit than those of the minor focus’s art.

Nightmare - Creatures of chaos that seek to harm dreamers.

NPC – Non-Player Character. In other words, a computer character.

Oath, Teachers - The vow all teachers must take before they are ordained.

OOC – Out Of Character.

OoSM - Order of the Sable Moon.

Orbit - Gained by increasing your experience. Every tenth orbit is known as a sphere which can only be earned by tasking from a teacher.

Para chak - A chakram that also paralyzes when you’re hit by it.

Plane - A group of rooms that are in the same location. Example: Evernight Plateau.

PoR - Protectors of the Radiance.

Prime - Prime artifact; if one wakes holding a prime, the prime is dropped.

Quest - In order for a teacher to grant you an art, you must complete a task or a quest. Every task from every teacher is different. It is your right to refuse a task if you do not wish to do it.

Resilience - The elemental energy that is the major source of power for SoulMaster arts.

Reweave - SoulMaster art, which helps restore durability to your shields.

Ruler - Denoted by a night-abyss crest. The highest ranking member of a house.

Sanc - Sanctuary - No offensive weapons or arts can be used in a sanctuary. It will restore your soulsphere to coherence and provide you a safe place to regain dreamsoul (hit points).

Seneschal – A GM controlled character who is responsible for monitoring the leadership of a house and aiding in roleplays.

Shamblix - A mighty nightmare whose power is almost unrivaled. 2,500XP when collapsed.

Shard – The plane of existence in which a character resides. Each shard is small, ranging in size from a minute island to the state of Rhode Island and is mainly agricultural, with very little technology.

SoulMaster - 1.) The focus which uses Resilience as its source of elemental energy. Teachers of this focus have emerald colored halos. 2.) The principal art for dreamers whose focus is SoulMaster.

Spawn - How a NPC mare appears. (Emphant, Bogrom, Agoknight, Shamblix, Horron, and Revenant). The exact location in the room is referred to as a "spawn point."

Sphere - A level that is earned by satisfactorily completing a task from a teacher. 10 orbits equal 1 sphere.

Stormed – The game client or your PC crashed, kicking you from the game against your intentions.

Task - In order for a teacher to grant you an art, you must complete a task or a quest. Every task from every teacher is different. It is your right to refuse a task if you do not wish to do it.

Teacher - A player or GM who has the ability to grant arts and are denoted by a halo. A dreamer is required to satisfactorily complete a series of tasks, assignments, or whatever their teacher mentor requires and, finally, a series of interviews before being granted the rank of teacher. Only with additional training can a teacher grant a sphere.

Threshold - Gateway to the Dream City

Train - When a teachers grants you an art or plateau, they are said to be training you.

UoC - Union of the Covenant.

Underlight - Another name for the City of Dreams.

Wake - To exit the dream.

Willpower - The elemental energy that is the major source of power for GateKeeper arts.

XP - Experience. Points gained through many avenues including hunting mares, collapsing another dreamer, roleplaying, and performing tasks for your house.

Yissen - Immortal humans who "willingly" submitted to The Darkness.